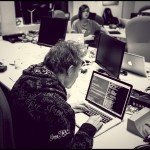 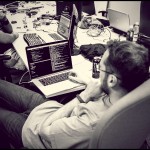 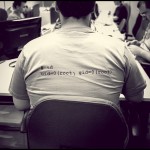 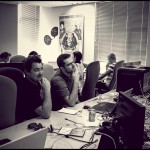 Last month saw the inaugural SensePost hackathon happen in our new offices in Brooklyn, South Africa. It was the first time the entire company would be in the same room, let alone the same continent, together and away from the pressures of daily work constraints. The idea was simple: weeks before the date, we sent out emails to everyone in the company (not just the tech teams but everyone) to think about ideas, tools, approaches or new business lines that they felt would make us even better at what we did.

Hackathons are used by many tech companies to give their employees breathing space to work on new ideas. Google and Facebook are big fans and Facebook’s Like button was conceived as part of a hackathon. Getting everyone together at the same time was no mean feat, the term ‘herding cats’ springs to mind but on the week of 12th of November, all SensePost’rs were in our new offices and ready to break, build and develop.

Prior to the event, we asked everyone to think about what they wanted to work on. As mentioned above, there was no specific guideline as to what anyone could come up with, as you can’t force creativity. After a brainstorming session, the following ideas were given and solutions made during the hackathon period*:

A IRC bot that will offer:

An application that allows us to utilise SMS from a company-wide perspective, including:

Rogan decided to use kannel to interface with a GSM dongle in an Ubuntu server. This exposed a web API. Glenn then wrote a Python script to monitor for new mail
arriving to a SensePost email address, which then dispatched SMSs via kannel.

Having moved into our new fancy offices, we decided to look at the current implementation of magstripe used to work out if we could read the data, clone the data and create free parking for us (at the same time, potentially looking for flaws in the magstripe implementation). The magstripes on the parking tickets were very unsual. Between the reader in the office, and Andrew Mohawk’s more advanced ones, we could not get a consistent read. It is possible that the cards use an unusual arrangement of tracks. Typically there are 3 horizontal tracks at predefined heights. If the tracks are at unusual heights we may have been getting interference between said tracks. Andrew has tried to dissect one of the cards, but no luck yet.

Rather than submitting our payloads to VirusTotal (who then inform the vendors), we will create our own version that uses all vendors, to determine if our custom payloads could be detected.

A project to make our business greener in approach and ideas. How responsibly were we using resources? What was our consumption of electricity and water like and could it be made better?

With teams created and everyone clear on what they had to do, 48-hours were given to create the above ideas. Food, drink, hardware and toys were provided. Vlad brought some amazing Russian Vodka and energy drinks were supplied. 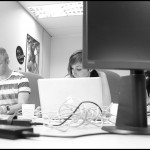 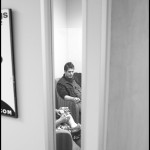 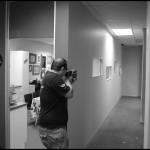 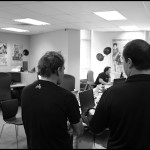 Whilst the older farts faded quickly (I’ll put my hand up, 1am and I was broken), the younger crowd went through the night and into the next morning. From simple ideas at first, fully-fledged solutions were designed and then developed in a short space of time. The idea was that once the hackathon 48-hour period was over, everyone would present the results and we’d head outside to our balcony to have a traditional SA braai (barbecue)

The cool thing about the hackathon was that some of the top ideas came from traditionally non-technical people, such as our finance wizard who came up with the idea of the SensePost world app. This was the outcome that we wanted: to prove that you don’t need to be a heavy tech-orientated person to come up with meaningful projects or ideas.

Overall the 2012 Hackathon was a brilliant time had. Some amazing ideas have come to light, ones that will see us pushing offensive approaches and also ones that will have an impact on the way we work at SensePost.

For those thinking about running an internal hackathon, I’d say go for it. Giving people the space to work on ideas with likeminded colleagues will only bring benefits.

*There were other projects, but they won’t see the light of day as of yet, so will remain confidential until the time is right.