“Operating system facilities, such as the kernel and utility programs, are typically assumed to be reliable. In our recent experiments, we have been able to crash 25-33% of the utility programs on any version of UNIX that was tested.” [1]

Those were the original words in one of the first fuzzing studies where Prof. Barton Miller was first to use the term ‘fuzzing’

One can see the importance of fuzzing as one of the techniques used to test software security against malformed input leading to crashes and in some cases exploitable bugs.

Prof. Miller, in the above quote,  was using a random generator to generate malformed input.  Another approach that was considered at the time was syntax testing by Dr. Boris Beizer [2]. Beizer was able to generate semi-valid test cases based on the syntax “Grammar” of expected input.

Fuzzing in itself, no matter what type, follows a relatively simple methodology:

To be able to perform this process at the highest efficiency there are some tools that can help us.

Memory error detectors are tools used to rapidly identify memory corruption errors by poisoning memory around allocations and quarantining and poisoning memory areas after they are free-ed and report any attempt to access these memory regions by the target application. and usually they will provide a deeper level of detail in regards to a specific error.

For windows there is PageHeap which is part of the Windows Debugging toolkit and can be enabled on certain processes using “Gflags.exe” [3]

For Linux and Max OSX there is Google’s AddressSanitizer (ASan) which is a clang compiler plug-in that can be enabled on applications at complie time using the “-fsanitize=address” parameter [4].

A fuzzer harness is a tool the loads the target application, feeds it generated test cases and monitors the target. If a crash occurs, it will save the test case that caused the crash and subsequent crash log containing the details. As is often the case, it will restart the application after a certain period of time or when a crash occurs.

For Windows there is Grinder by Stephen Fewer [5].

For Linux and Mac OSX there is NodeFuzz By Atte Kettunen from OUSPG [6].

At Defcon 23, Etienne and I introduced a new fuzzer, which we’ve called Wadi.

Wadi is web browser grammar-based fuzzer. Grammars are used to describe how browsers should process web content, Wadi turns that around and uses grammars to break browsers.

Wadi is a Fuzzing module to use with NodeFuzz fuzzing Harness and utilizes AddressSanitizer(ASan) for instrumentation on Linux and Mac OSX.

The World Wide Web Consortium (W3C) is an international community that develops open standards to ensure the long-term growth of the Web [7]. It is the W3C that allows us to search for grammar to use in our test cases.

The standards that are relevant to this research are:

The Document Object Model provides a standard set of objects for representing HTML and XML documents, a standard model of how these objects can be combined, and a standard interface for accessing and manipulating them.

When developing for the web, using JavaScript, there are many APIs available, for example speech, webaudio, gamepad, canvas, webgl, animation etc.

Web IDL is an interface definition language (IDL) used to describe interfaces that are intended to be implemented in web browsers. The IDL is defined by an LL(1) grammar that is also provided by W3C [11].

This enables a systematic way of parsing the IDL and generating the fuzzer grammar based on it.

Or as saying goes “Grammar is the difference between knowing your shit and knowing you’re shit”.

According to IDL definitions, an interface is an object with a set of interface members.  These can be constants, attributes, or functions. Each interface has a unique identifier and inherits from a parent interface if needed.

From the example above we can see that the initial information gathered from the interface are:

IDL interface members can be a constant, attribute, or function.

From the example above

An attribute is a declared interface member with an identifier whose value can be retrieved and in some cases changed.

Functions in the IDL specification is referred to as operations. A function is an interface member that defines behaviour that can be invoked on objects implementing the interface.

Using the gathered information: Identifier, Inheritance, Interface Members, the IDL interface can be mapped into a JavaScript object to be used by Wadi.

For attributes and methods, an array of arrays is created with each child array representing a single attribute or method

A single attribute array will have three members:

A single method array will have three members:

Example Interface as defined in the Fuzzing grammar:

Now that we’ve created, and cleared, the fuzzing grammar, it’s time to see how Wadi works.

Wadi works as a module for NodeFuzz on Linux and Mac OS X and is used to Fuzz Chrome and Mozilla FireFox ASan builds.

AddressSanitizer is a fast memory error detector. It consists of a compiler instrumentation module and a run-time library. The tool can detect the following types of bugs:

Typical slowdown introduced by AddressSanitizer is 2x. There are pre-build ASan binaries for both Chrome and FireFox. For building Chrome from source read the following:

For Building and running FireFox read the following:

NodeFuzz is a fuzzer harness for web browsers and browser-like applications. There are two main ideas behind NodeFuzz: First is to create a simple, and fast, way to fuzz different browsers. Second to have one harness that can be easily expanded with new test case generators and client instrumentations, without modifications for the core.

For further information on how to install and run NodeFuzz, visit https://github.com/attekett/NodeFuzz

Once NodeFuzz is configured, some modifications must be made to the “config.js” file found in the root folder. NodeFuzz, available at the GitHub Repo, has an example launcher for Chrome, but this is for demo purposes only. As a result, we need to add a launcher for Chrome and FireFox as shown in the images below. You can obtain the modified config file from the SensePost Wadi Repo.

Remember that the “config.asan_symbolize” parameter needs to be changed to point to the path of the local “asan_symbolize.py” file as well as the paths for both the Chrome and FireFox binaries. 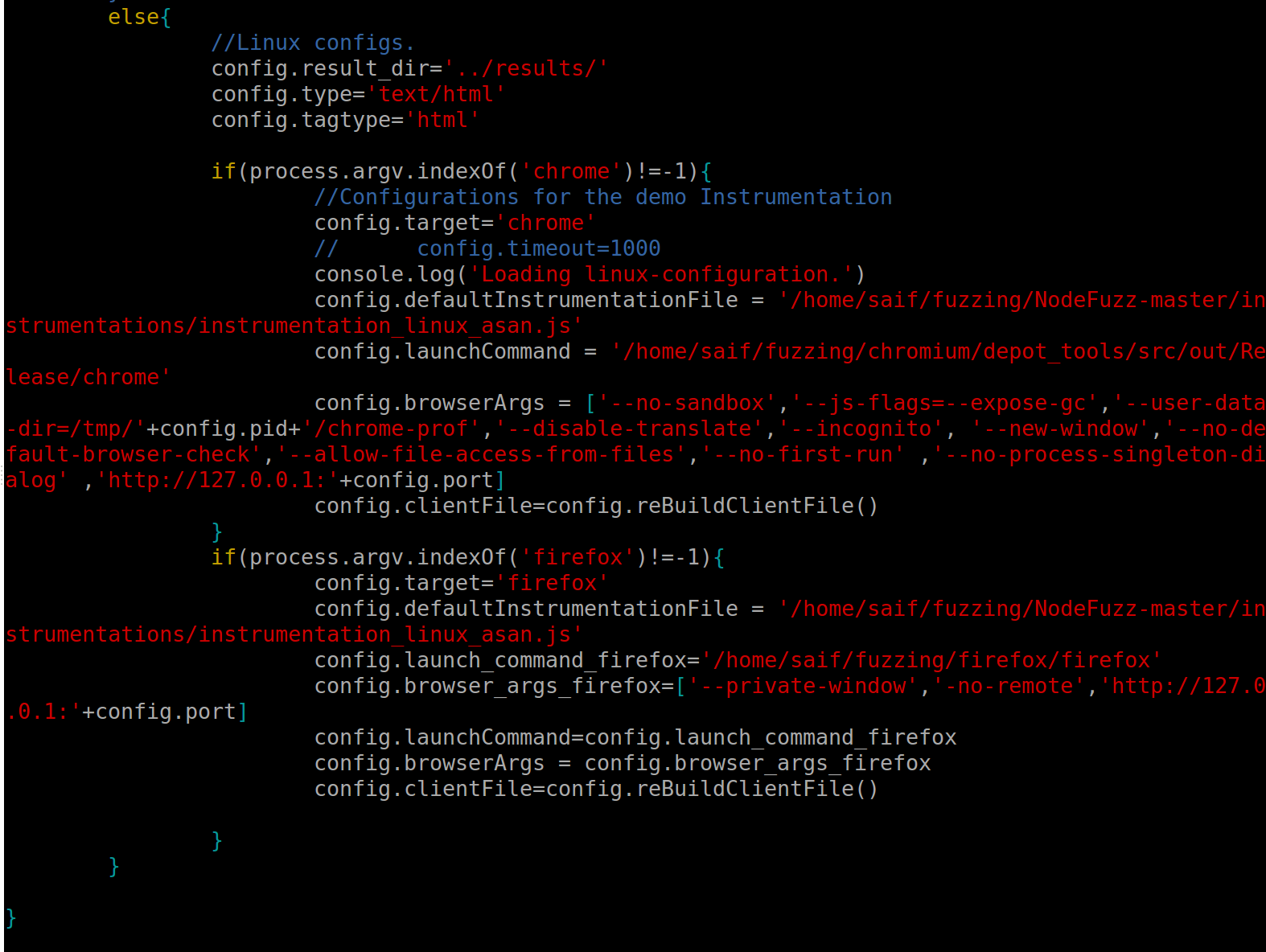 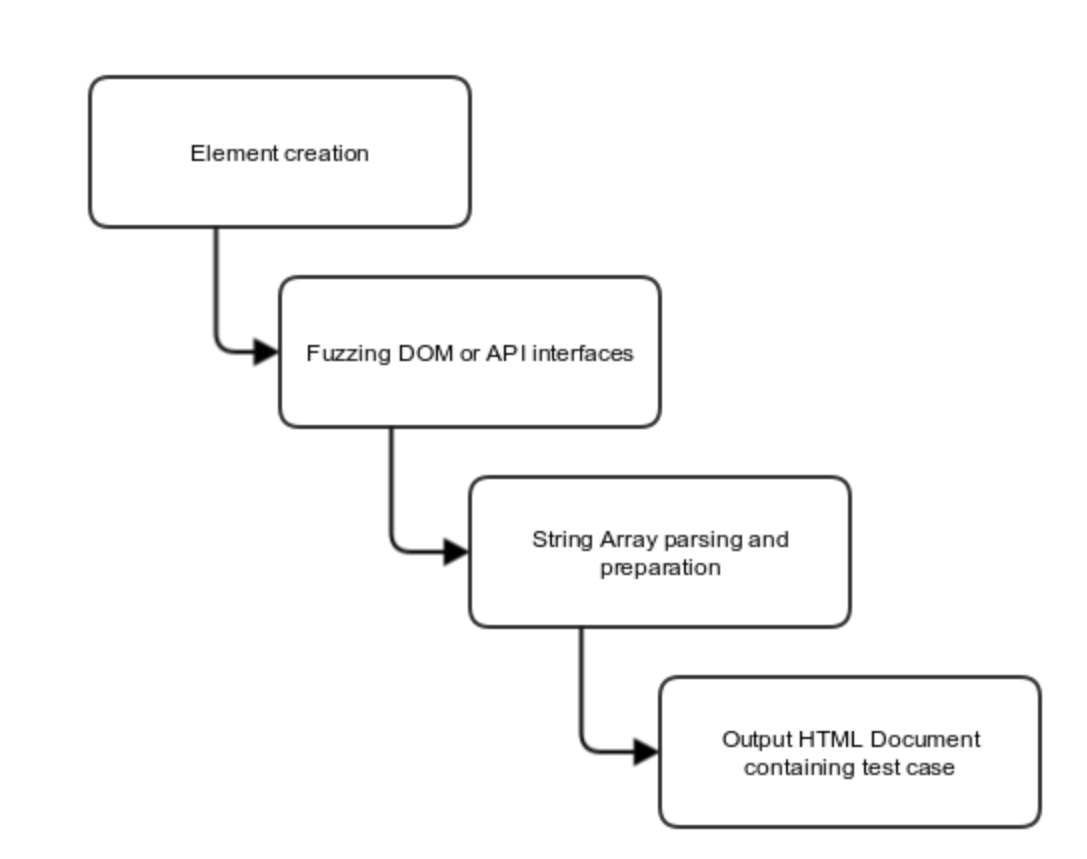 Wadi saves references to the created objects and their respective interfaces in two spaces;

The first step is to create  DOM elements with the below functions:

Wadi calls the fuzz(num) function, supplied with the number of rounds it will execute. The fuzz() function will randomly call one of the functions from this list.

Helper functions are used to generate attributes values and method parameters and all through test case generation. Some of these functions can be found in “randoms.js? available in NodeFuzz.

Additional functionality was added to the original file as well as some modifications to the already available functions . The modified “randoms.js” with the additions required for Wadi to work is available on SenePost Github repo.

returnRandomElement()returns a random element from created elements and sometimes will append attributes referencing a near element like ‘firstChild’,’nextSibling’ etc. 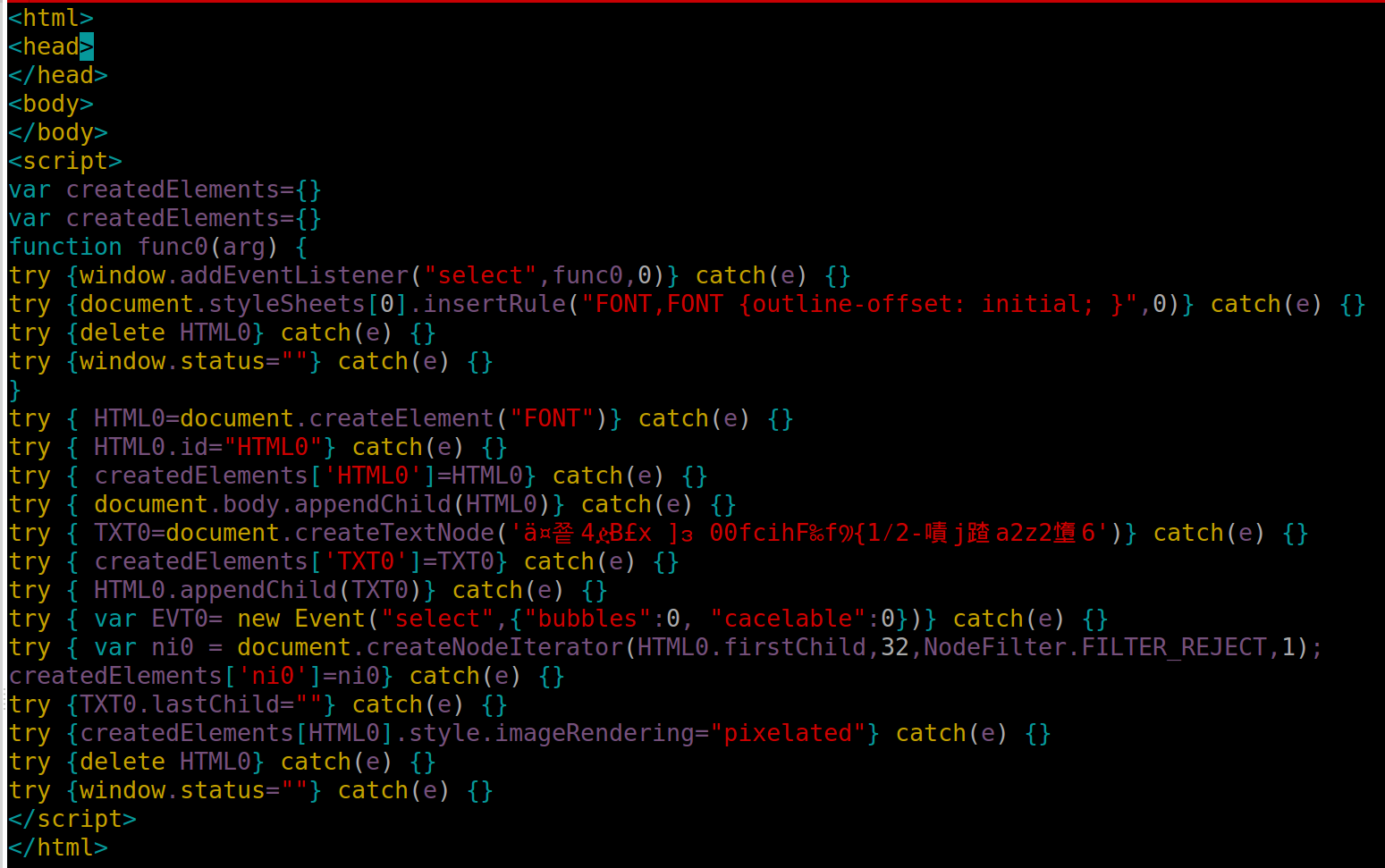 We’ve had some good results using Wadi, including four confirmed bugs in the latest Chromium and not to mention others.

If you use this and find any cool bugs, like we have, we’d love to hear from you. Saif@ and Etienne@ Sensepost.com