We are inundated by advanced this, expert that, when it comes to hacking and hacking training. When a breach occurs, the media portray it as some epic hack that mere mortals would struggle to comprehend, when in reality it’s actually a run of the mill SQLi attack. Often it’s not advanced, but makes use of a series of vulnerabilities chained together, using Tactics, Techniques and Procedures (TTP) often used by attackers when owning networks.

This year at Black Hat USA 2017, our infrastructure hacking course is better than ever. We’ve not tried to say it’s all advanced, we’ve decided that a hands-on approach is better than giving you a hand out and telling you to learn it some other time. Our course, heavily revamped for 2017, looks at the methods and approaches one would take when performing internal and external network penetration tests.

Each student gets their own entire Microsoft Active Directory network, hosted in the cloud, where they will map out targets, find weaknesses and fully exploit them. You can do whatever you like to the hosts on your network, you could even destroy them if you fancy.

Learn about latest vulnerabilities, such as MS17-010, used by WannaCry, and find out how to compromise hosts with the NSA’s FuzzBunch toolkit.

Kali in the browser!

Whilst some courses require you to download virtual machines and such, we felt it’s 2017 and well ain’t nobody got time for that, so we decided to do away with that and now you access Kali, from within our award-winning training portal* 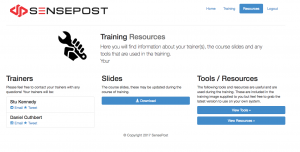 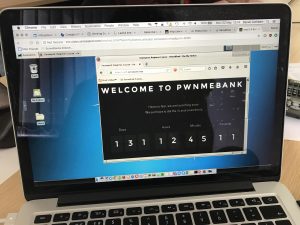 Bring a laptop, a tablet, or even a phone (it works, we don’t really recommend it, but hey…)

If you would like to learn the basics of penetration testing from our seasoned trainers, or just feel the thrill of conquering an entire network, this course is for you.

Penetrating Enterprise Infrastructure is best suited towards those with familiarity in network and operating system basics. No hacking experience required.

If you would like to join us, you can find more information at: Pentesting Enterprise Infrastructure

*we made up an award. we think it’s epic and surely that counts right?